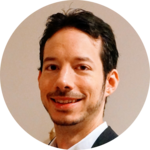 Modern Linux desktops usually let you spawn a new terminal by various means: clicking on a menu entry, using a key combination or bringing up an execution window and entering the name of the terminal's executable file.

The fastest method I've found is to use a thumb button on my mouse. This has the added advantage that in conjunction with "follow" focus behavior and a tiling window manager1, it also lets me choose where to spawn it.

So to spawn a new xterm window with a simple mouse click, I am resorting to a handy tool called xbindkeys. It's a highly versatile tool that runs in the background listening for certain key and button combinations and then executing a pre-configured command line.

This is what my terminal spawn entry looks like:

This update link alerts you to new Silvrback admin blog posts. A green bubble beside the link indicates a new post. Click the link to the admin blog and the bubble disappears.